As of today you can see a lot more data on the power curve. Previously it only showed the all-time best powers, but now it can also show the best powers for any year, month or week. 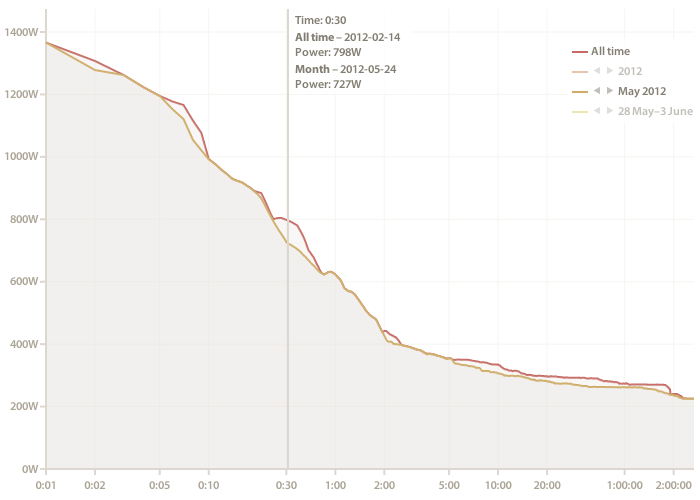 If you’re not familiar with this graphic, it shows the highest average power achieved for all time periods. Therefore, it shows the highest average power sustained for five seconds, one minute, five minutes, twenty minutes, one hour and everything in between. It’s useful for seeing what one is capable of doing, and can indicate performance improvements when looked at over time.