There are now two more charts on ride pages to go with the power curve. 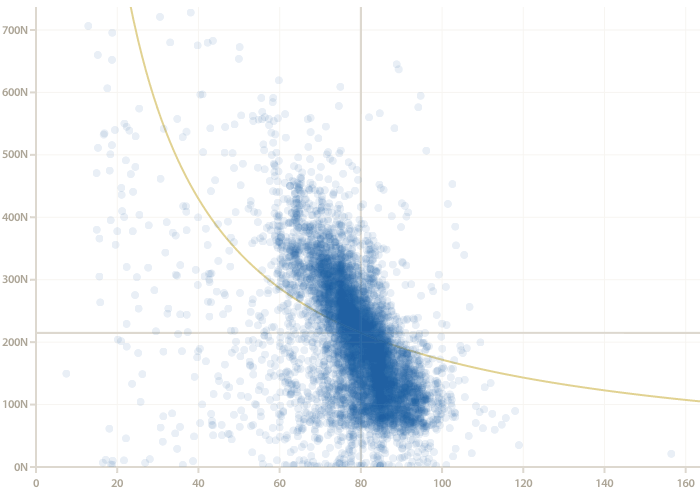 The first of these shows the relationship between the force on the pedals and cadence (and I think it’s the prettiest chart on the site). Each dot represents one second’s worth of data. This chart is divided by the grey lines into four areas (or quadrants):

This chart is useful to visualise the neuromuscular demands of a ride. Here’s a more thorough article about the interpretation of this chart.

The grey lines are drawn so that the vertical line is at a cadence of 80 RPM (by convention) and the horizontal line is at the force required to generate FTP (functional threshold power) at 80 RPM. The yellow line indicates FTP (which is why this line and the grey lines all meet at the same point), so all points above it (or to the right) are above FTP. 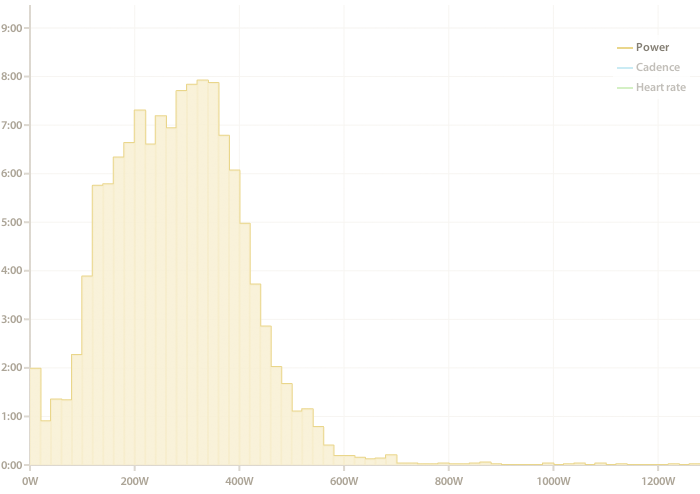 The second new chart is a histogram that can show either power, cadence or heart rate. It currently always displays the power with intervals of 20W, and heart rate and cadence with 5 BPM/RPM intervals. Zeroes are never shown.